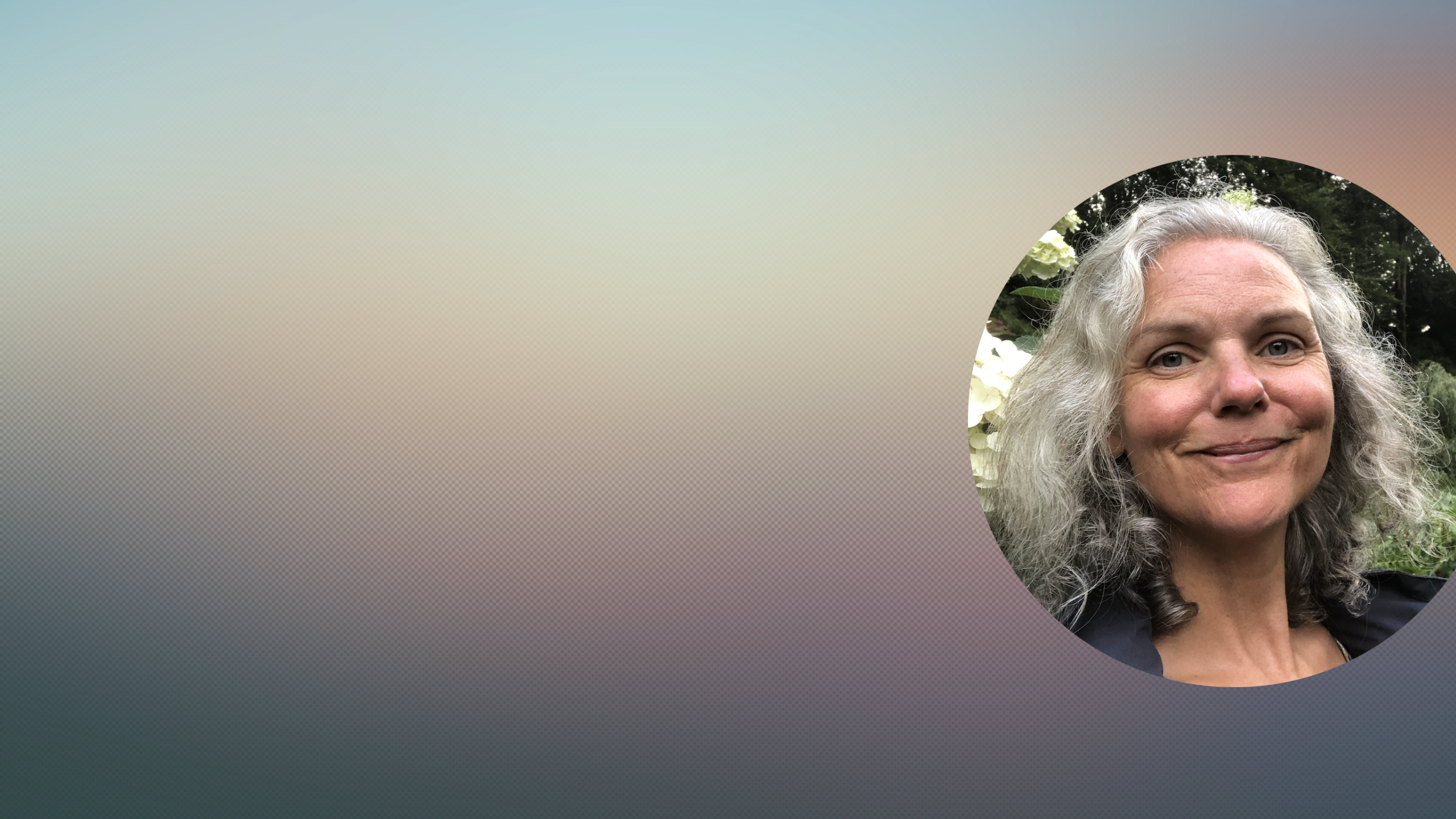 Heather is sharing really helpful reflections on the language and terminology of neurodiversity. It can be confusing. We may be scared or nervous to use the wrong language or terms. Language of neurodiversity has changed significantly in the last ten years and continues to change and evolve with more awareness, new understanding and in particular the inclusion of neurodivergent voices and experience. Heather primarily works with parents and families so the information reflects that. It’s equally relevant to neurodiverse relationships and many of us are navigating both. I’ll hand over to Heather to share more… and I’m sure I’ll pick up some of these themes in later posts of my own. Most important I believe is an openness to validating all experiences, compassion for the journeys that have brought us to where we are and a willingness to embrace the identities we choose for ourselves rather than the labels that are often imposed by others.

Are you confused about the language of neurodiversity? Not sure whether you are using the right terminology? It’s not surprising. When I first arrived in this world, the language that professionals were using in reference to my child was Aspergers Syndrome or Autism Spectrum Condition or, even worse, Autism Spectrum Disorder. The diagnosis process is deficit based model which focusses on all that is ‘wrong’. I welcomed the new dialogue around language which brought forward more progressive, positive terminology. I also found myself feeling anxious about getting it wrong.

The language we use matters. It is constantly evolving, especially in relation to neurodiversity. Professionals working within the diagnostic pathways have not all caught up and some are still using pathologising language and deficit based terminology. The best source of reference for this is the neurodivergent community. Views differ and people have the right to choose the right language for them. If in doubt, ask!

Credit: One of the most useful posts about this terminology and neurodiversity comes from Nick Walker, Neuroqueer. You can read her article about terminology here . I also recommend her articles What is Autsim? and Autism and the Pathology Paradigm.

I do not feel that it is helpful to shame people for using the outdated terminology that they were first introduced to. Seeing others pulled up for their errors made me hesitant to post and ask for advice, and I don’t want others to feel like this. It’s ok to make a mistake, especially if our intentions are good and we try our best to learn from it.

At the same time, I do encourage parents to explore the language around neurodiversity and think carefully about the language they use in relation to their child. It is time for our young people to grow up with a positive view about their neurodiversity, away from the ‘less than’ terminology of the old language.

Let’s remember to be kind as we learn from each other. We need tolerance, compassion and deeper connection across the ‘neurodivide’ as we learn to share, understand and accept the different perspectives and experiences which exist in the rich diversity of humans.

Below are some of definitions taken from the essays of Dr Nick Walker.

Neurodiversity:  is the diversity of human minds. The enormous diversity among individual human minds is a product of multiple factors, including environment, culture, family, and personal history. Human minds also possess an innate diversity, which interacts with these other factors to produce the unique individuality of each human being.

We are a neurologically diverse species: the enormous variation among individual human bodies extends to our brains and the rest of our nervous systems, which differ from one another like fingerprints. This neurological diversity translates into a diversity of cognitive styles, a diversity of innate cognitive strengths and weaknesses, gifts and peculiarities. This is what is meant by neurodiversity. We are ALL part of this.

Neurodivergent: sometimes abbreviated as ND, means having a brain that functions in ways that diverge significantly from the dominant societal standards of ‘normal.’

Neurotypical: often abbreviated as NT, means having a style of neurocognitive functioning that falls within the dominant societal standards of ‘normal’.

Autism: is a genetically-based human neurological variant. The complex set of interrelated characteristics that distinguish autistic neurology from non-autistic neurology is not yet fully understood, but current evidence indicates that the central distinction is that autistic brains are characterised by particularly high levels of synaptic connectivity and responsiveness. This tends to make the autistic individual’s subjective experience more intense and chaotic than that of non-autistic individuals: on both the sensorimotor and cognitive levels, the autistic mind tends to register more information, and the impact of each bit of information tends to be both stronger and less predictable.

Autism is a developmental phenomenon, meaning that it begins in utero and has a pervasive influence on development, on multiple levels, throughout the lifespan. Autism produces distinctive, atypical ways of thinking, moving, interaction, and sensory and cognitive processing. One analogy that has often been made is that autistic individuals have a different neurological “operating system” than non-autistic individuals.

I frequently talk about PDA which has been a dominant force in my household! It stands for Pathological Demand Avoidance. It’s not a great term as far as I am concerned. More recently I have seen it described as a Persistent Desire for Autonomy which I like better. You can find more information on PDA here on the PDA Society Website. The PDA Society defines those with PDA as those who, in addition to having autistic characteristics, also :-

ADHD: Attention Deficit Hyperactivity Disorder. Another term which is not very accurate in its description. It also uses that word ‘disorder’ which the culture which embraces all of our human neurodiversity is trying to move away from. I prefer Kinetic Cognitive Style coined by Dr Nick Walker and now self identify as this. Just to add to everyone’s confusion there are 3 forms of ADHD  – a very crude definition of which would be 1) hyperactivity type, 2) without hyperactivity, or 3) a mixture of both at any given moment. I also love videos from Jessica McCabe and this one is a good starting point.

Sensory Processing Disorder/Sensory Integration Disorder: Sensory integration is about how our brain receives and processes sensory information so that we can do the things we need to do in our everyday life. Jean Aryes originally described it as “The neurological process that organises sensation from one’s own body and from the environment and makes it possible to use the body effectively with the environment”. Basically, the organisation of these senses doesn’t always map in the same way. There are some people who see language as colour or shape. Tolerance to stimuli may be different (either under or over responsive – or both at different times!). People can struggle perceiving where their body is in relation to themselves, to others and to the environment. Or their sense of balance can be impacted.

Many neurodivergent people experience differences in the way they process sensory information, and it can cause a great deal of anxiety for some, especially if their experience is invalidated or their different perception isn’t known and they are facing a sensory environment beyond their levels of preference and tolerance. This has a cumulative impact. It is typically the underlying reality in what we see in a child’s ‘behaviour’. Understanding our child’s sensory profile is one of the most important pieces of detective work we can do to help our child. Frequently our young people have the found their own coping strategies, referred to as stimming. As long as it is not harmful to themselves or others, it is vital that we don’t try and suppress their natural solutions which help them cope.

Natalie Roberts is an award-winning Master Coach and Mentor supporting individuals and couples in neurodiverse relationships in the UK and around the world. She coaches individuals and couples to reverse the impact of unknown neurodiversity and thrive so that they can be true to themselves and feel empowered to make decisions about their present and future that are positive and hopeful.

Natalie Roberts is an award-winning Master Coach and Mentor supporting individuals and couples in a neurodiverse relationship, in the UK and internationally